The hormone Human Chorionic Gonadotropin, popularly known as the hCG hormone, is produced during pregnancy. The hormone is created by cells formed in the placenta right after implantation. The placenta remains attached to the uterine wall and nourishes the egg after fertilization. Presence of hCG hormones in the bloodstream and its level confirms the initiation of pregnancy. Levels of hCG are detected first by conducting a blood test about 10 to 11 days after conception. The urine test gives results after 12-14 days of conception.

Implantation usually occurs after 9 days of ovulation. The period ranges between 6 to 12 days before a missed period. A level of hCG is present in the bloodstream as early as 2-3 days after conception. However, it takes 3-4 days after implantation for it to be detected in the urine. The urine pregnancy test, usually conducted at home, is expected to be positive 14-15 days after implantation.

As a matter of fact, the level doubles itself after every 72 hours. It reaches its peak during the period of the first 8 to 11 weeks of pregnancy. hCG levels decline and levels itself off during the rest of the pregnancy period.

Guideline To Levels Of HCG Hormone During Pregnancy

hCG Levels In The Various Weeks Of The Gestational Period:

Note: All the reference values are approximate and may differ in every pregnancy.

Women undergoing IVF treatment, however, have a different story. The doctor schedules the first transvaginal ultrasound 13 days after egg retrieval if the result of a beta-hCG test is 50 or above. If the beta-hCG test results are 50 or above after 13 days post egg retrieval, doctors schedule the first transvaginal ultrasound. This discloses the number of gestational sacs present and the location of the sacs within the womb. In case the beta-hCG level is less than 50, the test is prescribed for several times to keep a track of the progress. The series of hCG level tests make sure that the pregnancy is developing properly and the baby is safe.

Note: In case of postmenopausal women, the level of hCG might rise up to 14 mIU/ml and is considered absolutely normal.

At rare occasions, a woman can expect abnormal hCG results. The hCG levels may be higher or lower than the expected. Beta pregnancy test results vary from one woman to another.

Above average results indicate the followings:

Results below average indicate the followings:

High hCG levels in a woman are an important indication as is it might mean that there are multiple pregnancies. Early and positive hCG result is a clue to be pregnant with twins.

Facts to Know for IVF Patients

Patients undergoing IVF treatment already have hCG hormone injected into their bloodstream. This is the most common procedure which is followed by a protocol. As a matter of fact, apart from the presence of hCG hormone in the bloodstream, the important element that confirms pregnancy is the level of hCG hormone present in the urine. Women expecting pregnancy after missing out on a menstrual period often check pregnancy through home pregnancy test kits. These are normal urine test kits that are used to find out about a pregnancy early. Women undergoing IVF treatment might be confused or get false hopes from the urine home test as it detects only the presence of hCG hormone in the urine but is not able to reveal the actual level. Hence, it is not advised for IVF patients to undergo home urine test to confirm pregnancy. It might have a psychological effect on them in case they later get a negative test result from the beta pregnancy test.

Apart from the patients undergoing IVF, women often are misguided by the presence of hCG hormone in the urine through urine pregnancy test at home. For this reason maybe at some point in time, they cannot be informed about the real pregnancy and might face dire consequences because of this. Things can become negative at times and the women can go through miscarriages as well.

Hence it is advised to all the women expecting pregnancy, whether naturally or through IVF procedure, to be very careful about the secretion of hCG hormone in their bodies. 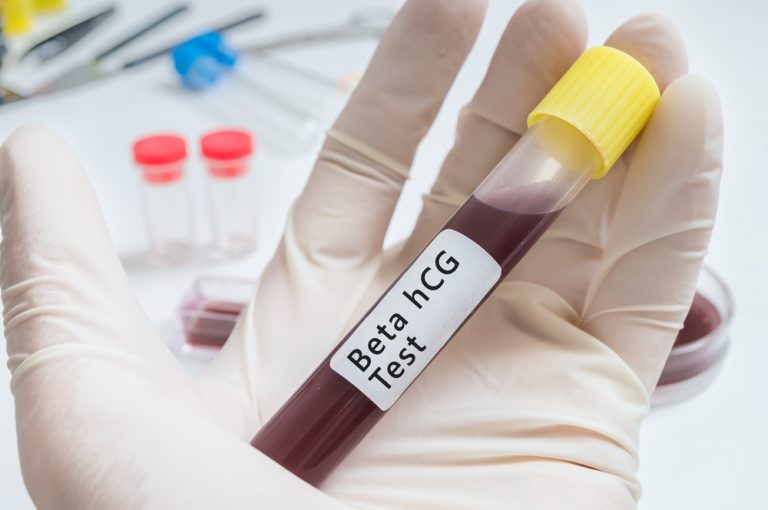