Not only women, the man also are within the periphery of the “biological clock” that ticks. It alerts them to have their family before they pass their fertile years. Of course, the fertility period of men is more than that of women, but in that case, also they have that pressure in their minds to have a baby at the right age. It helps them in planning the baby’s growth and future. Every man would want his baby to be settled in life before he turns old. This is why men without biological partners choose surrogacy to become dads.

There are many instances where we see single men becoming a father without a wife or a female partner. In fact, men often choose to make babies without a female partner as they are unable to find suitable matches for them, professional women these days do not want to have babies too early and that is one reason why men go for having babies with this procedure. Energy declines with age. This is why it is better to have kids in the correct age to have the energy to properly take care of the kids. Countries like Mexico, Asia, Kenya or the United states allow single parent surrogacy for men and have exclusive arrangements for them in their various surrogacy programs.

The benefits of single parent surrogacy are:

The world has changed and so has its rules. Gay, lesbian, bi-sexual or transgender today have come forward with their equal rights. They have even marked their appearance in the field of surrogacy and have obtained successful parenthood through it. The advancement of medical facilities in the field of obstetrics and assisted reproductive procedures have completed their families. They have also been able to quench their thirst of parenthood.

LGBT surrogacy is allowed in many nations today. They hold records of successful parenting designed for this group of people. Many nations have come out of the irrational extremism regarding this issue and host fertility and surrogacy centers for all.

Egg donation, sperm donation and embryo donation have made it possible for this community to overcome their inability. They can today easily hire a donor to fulfill their particular requirements. The requirements are different for different people. Say, for example, lesbians mainly need sperm to fertilize their eggs. Similarly, gay men require eggs to complete their fertilization process. On the other hand, transgender usually goes for embryo donation to fulfill their desire of parenthood.

International surrogacy has made it easy for all these people who belong to the LGBT community to peruse their surrogacy process in their choice of destinations. Many countries have liberal laws for LGBT surrogacy and offer greatest of infrastructure for it.  Even if it is not allowed in their own country, they can travel to the countries where it is legal and return back to their homeland with their child. They get exclusive legal attendance in the destination country they visit. They are supported by the documents they require to fly to their own country with the baby.

Countries with liberal LGBT surrogacy has defined legal procedures to issue birth certificated which are acceptable across the globe. The desire of parenthood is as respectful in a gay, lesbian, and bi-sexual or transgender as it is in any heterogeneous couple. Same-sex couples should have the same rights of parenting and raise their own child.

Nontraditional families are becoming increasingly common in the society today. More and more individuals are getting inclined to become single parents and raise their children by choice. Thousands of single men, as well as women, add to this list of aspirants who want their families through surrogacy.

Single intended parents experience the same process of surrogacy and enjoy the same benefits as any other “normal couple”. At the same times, they face the same challenges as the others pursuing surrogacy, however, with some exceptions.

The procedure of surrogacy is same for the singles. They also go through the In Vitro Fertilization process to get their embryos formed. The embryos formed are introduced to the womb of the surrogates, which develops into pregnancy. The surrogate mother carries the child in her womb throughout the term of gestation. She is been taken care by the biological single parent as per the contract they are in. the surrogate hands over the child after delivery to the biological parent with no right of acquisition. Separate legal documentation is done to issue the birth certificate of the newborn along with the name of the parent on it.

In traditional surrogacy, the single parent may use the eggs of the surrogate itself to create the embryo. However, many of the intended single parents go for gestational surrogacy where they take help of donors for egg and sperm. They only hire the gestational carrier for the pregnancy to be carried. They can also use their own egg/sperm in case they desire to.

Surrogacy agencies work supportively for single parents to find donors and surrogates. They are in superior knowledge of the donor’s banks. Single parents can also go for their closed ones to act like donors in this process. In many, they prefer someone from their own families to donate the required egg or sperm.

In many cases, we have found that divorcees go for single parent surrogacy to find a new hope of their living. A genetically connected child gives them a reason to live. They can forget grieves of broken marriage and find peace in the amazing parenthood. Same applies for widows who rejoices themselves with single parent surrogacy and gives life another chance.

Apart from these the legal hassles after divorce sometimes compel the single intended parent to avail the opportunity of parenthood. This ultimately gives them the peace of their lives. Life totally changes the flavor and essence of parenthood. 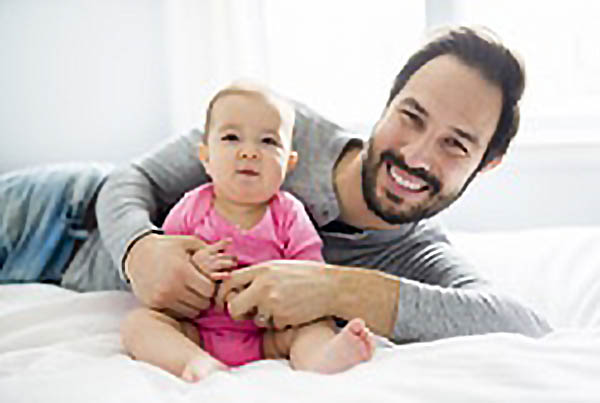