Surrogacy and Co-Parenting for Gay Man

We have come to a scenario in the modern day life where we have to accept many things which were not clearly spoken about previously. Today’s generation is more open towards accepting the other sexual orientations. Gays and lesbians have been successful in achieving their rights in the present day. They have come forward to lead a life on their own terms. They choose to have a partner of their own choice and often choose not be with any partner unless they have found the right one for themselves.

How Does Co-Parenting Work?

Co-parenting is an important aspect of homosexuals and singles. This is an ideology where individuals with no romantic connection within each other decide to make a child together and raise it. Often same-sex couples or single individuals choose this philosophy of co-parenting. Well, we all have to accept the fact that most couples find content only when they bear a child and raise them. Things are similar to single individuals also as they might not be able to find the right person in their lives yet but are eager to have a kid to fulfill their parental desire. Co-parenting sheds of the stress of being in a romantic relationship and offers to share the responsibility of the child. Isn’t it wonderful? This concept is highly accepted by gay men in order to form a family and find happiness in their lives.

Same-sex co-parenting involves a gay couple and a lesbian couple. It can also form between same-sex couples with another single individual. The concept suits best for same-sex couples who desire to have a baby but do not want to go down the route of an egg or sperm donor or even a surrogate sometimes. This enables the couple equally divide the responsibility with another. The same-sex couple shares the child between two households where both couples provide equal parenting. They take care of the finances and all other responsibility together. The couple shares the custody of the child as well.

Gay men have recently shown much interest in such concept and moved towards co-parenting. Surrogacy is one important means for them to give birth to a baby through IVF. They coordinate the egg and sperm for the surrogacy purpose and hire a gestational carrier to make their baby.

Couples these days choose Non-romantic co-parenting that includes two single individuals, both of who wish to have a child but not desire to enter any ties to a romantic relationship. The co-parents share equal responsibilities their child. This includes all the finances related to education and child custody. They take care of all other aspects related to the child’s proper upbringing. The child also gets a chance to grow up in two different households. In many cases, the platonic couple chooses to share a common house to make the child’s life more seamless.

Having a Child with a Stranger

Choosing a co-parent is a gradual process. It does not happen overnight.  As a gay person decides to have someone to go for co-parenting, he looks for somebody who shares same values and similar goals of parenting. Their parenting outlook has to be similar to bring a child into the world. Thus, they do not have a child with a stranger by any means.  The main aim of co-parenting is to know one another before going for the program. It is utmost important to be friends first or form a personal relationship based on your parenting. All these are important before the two of them decides to bring the child into the world. Once the two of them starts spending quality time with each other and then decide to go for the procedures of insemination, pregnancy and child upbringing, they form successful co-parenting partnerships amongst each other.

A co-parent is the one who shares all your parenting responsibilities. He takes care of the finances, education, custody, and religion. On the other hand, a known donor is somebody who only donates sperm or an egg to the IVF procedure to help you to have a child. The person is a part of the upbringing of the child at all. The known donor is, of course, somebody who you know. You might meet the donor later in your parenting days. But that at all does not mean that the person has any rights to your child. They have a spate contract for such donations and are totally not responsible for any expenses of the child later. On the other hand co-parenting gives the other person all equal rights on the child. Gay men usually go for co-parenting in order to have a baby with their partners. This practice is more extensive in countries where gay marriage is still prohibited. Gay men enter into co-parenting to have a baby and complete their relationship with one another. Well, nothing could have stopped the gay men to remain in a relationship with the person of his choice. Similarly, no law should take away the right of being parents from him only at the ground of his sexual orientation.

It is an utmost happy moment for any gay to be a legal parent of a child. His desires to nurture a child and raise it are fulfilled by co-parenting and surrogacy. Several IVF agencies offer such assistance to gay persons to find a suitable partner for them who shares the same ideology of having and raising a child together. This is a relatively new advancement in the IVF and surrogacy field for the gays to have a happy and complete family. 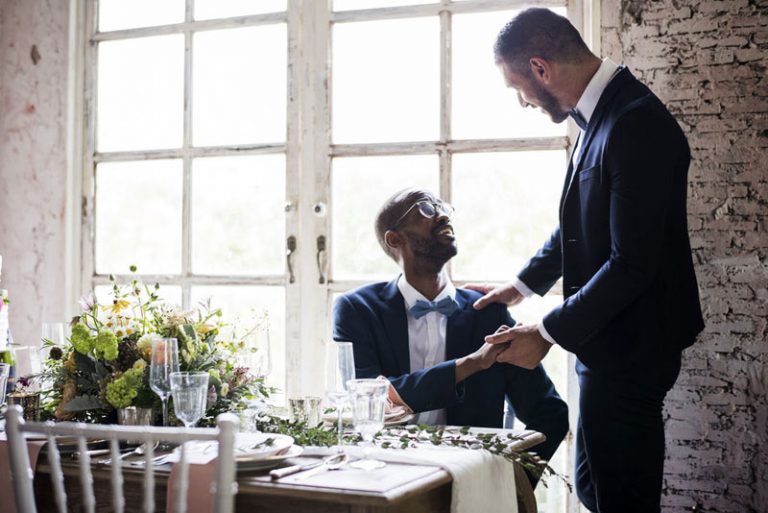